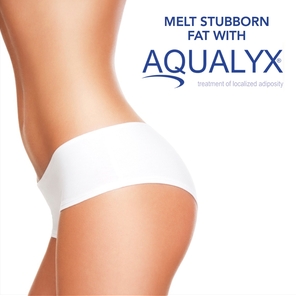 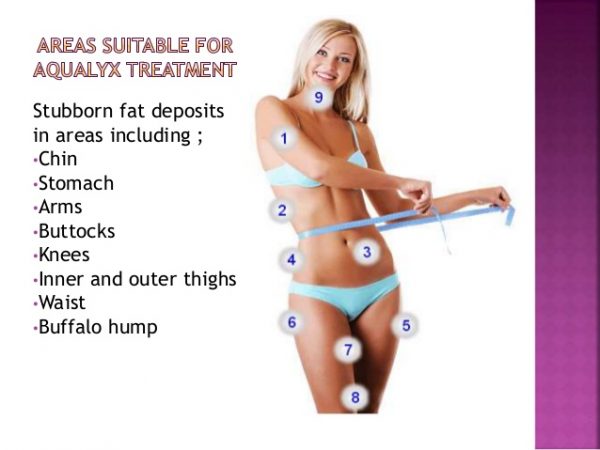 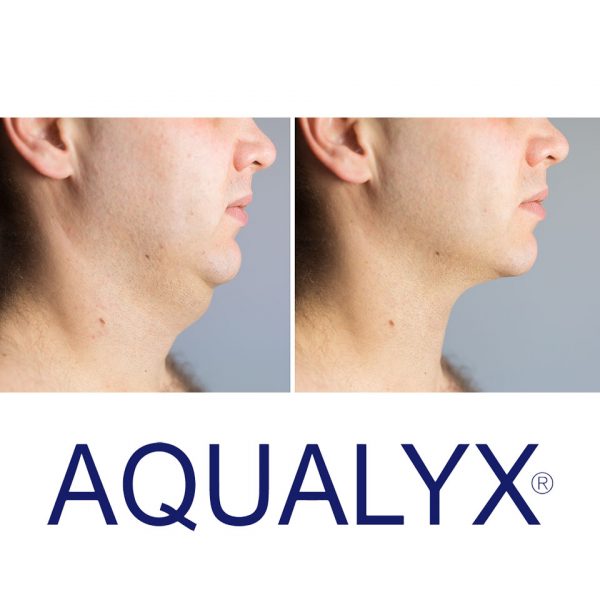 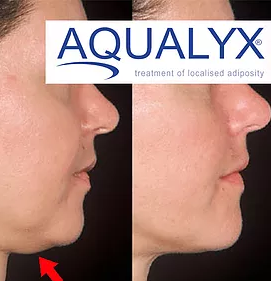 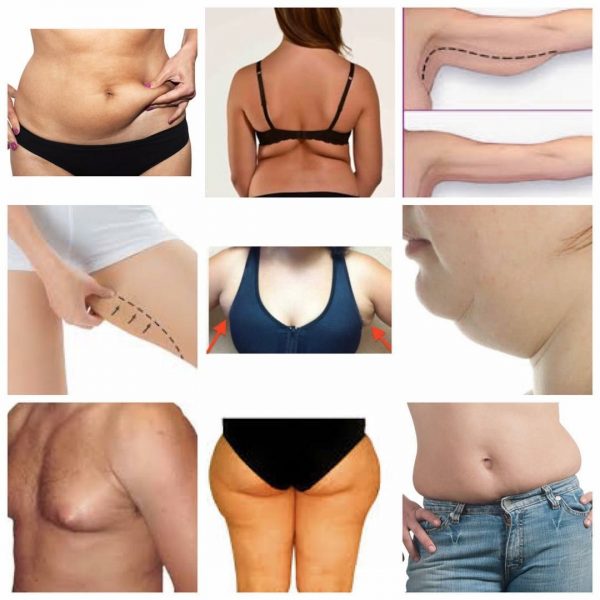 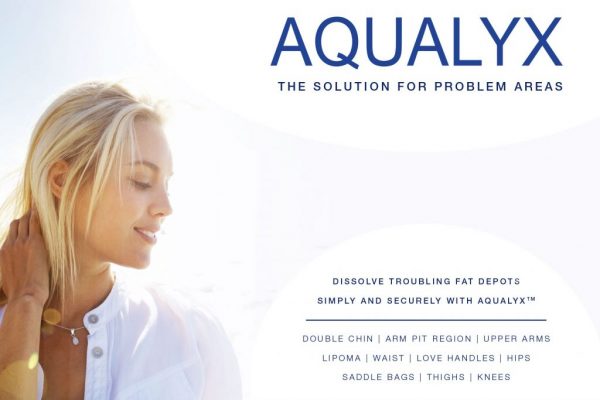 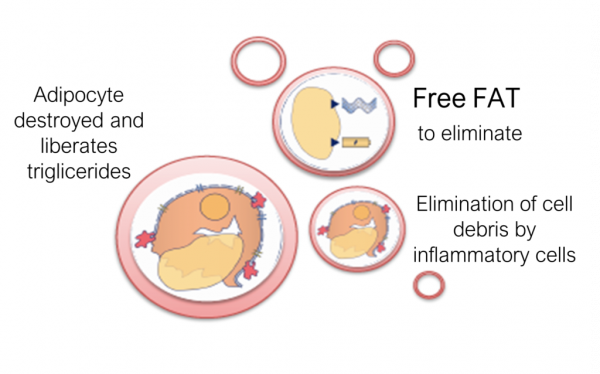 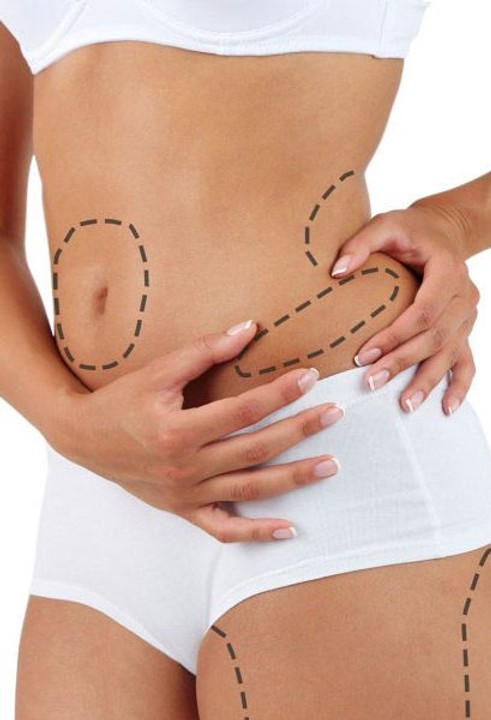 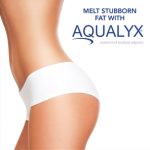 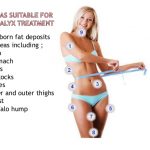 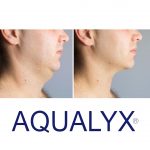 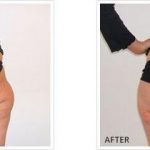 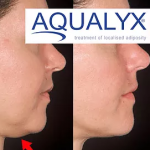 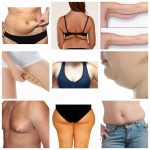 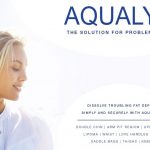 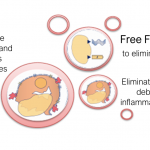 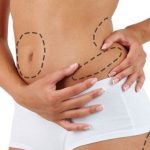 Aqualyx® Fat Dissolving Injections- An incredible alternative to liposuction, at a fraction of the cost.

Aqualyx® Fat Dissolving Injections- An incredible alternative to liposuction, at a fraction of the cost.
AQUALYX® in an injectable treatment that simply and safely dissolves targeted areas of fat causing concern (such as double chin, stomach fat, back rolls, muffin tops, side rolls, thighs (inner and outer), back of the neck, bra rolls, and more!). Sometimes diet and exercise are not enough to produce the shape and profile we want and some areas can be left behind, being particularly stubborn and hard to shift. That’s where AQUALYX® injections can come in, as they can be used to target and break down the buildup of fatty cells. Once administered, the fat cells are broken down and expelled by normal bodily functions, leaving a leaner silhouette.

This technique, known as Aqualysis™ or Aquaplasty™, consists of injecting the solution into localised fat deposits. Aqualyx® consists of phosphatidylcholine – a natural substance which, when given in higher doses, can cause the destruction of fat cells. Destroying the fat cells is a long-term solution provided you retain a stable weight, eat healthily and continue exercise as usual. Aqualyx® leads to a permanent reduction of fatty tissue; once removed, fat cells will not reappear.
Aqualyx® can be used on the following areas:
Waistline
Buttocks
Hips and inner thighs
Upper arms and arm pits
Double Chin
Neck Jowls
Saddle bags
Chest Area
Back

Important: Aqualyx® is a body contouring treatment not a weight loss solution. Treatments with Aqualyx® are only applicable for small, localized areas. Clients must be within one stone of their recommended body weight to have treatment and be able to pinch about 3cm of fat.

How does it work?
The process involves injecting Aqualyx® into the regional deposits of adipose tissue under the skin. Aqualyx® is a water solution consisting of plant polymers and was developed and patented by Professor Dr. Motolese in Italy. It is designed specifically for use in the field of aesthetic medicine. It dissolves the local fat cells into a liquid, where they are then eliminated naturally through the lymphatic system.

How many treatments does it take to completely dissolve the fat?
This depends on the individual as well as the area being treated. Just one session will make a difference, but generally between 2-6 treatments will be recommended for full results.

When will I see results?
Results are not instant as it takes a little time for the body to expel the fat cells. You should notice the full effect develop between 4-8 weeks.

Does it hurt?
AQUALYX® can be uncomfortable, especially where larger areas are being treated. However, we will numb the areas before injecting, which significantly reduces any potential discomfort.

What side-effects could I expect?
The most common side-effects after AQUALYX® are localised redness, swelling and bruising. This is due to the inflammatory reaction that AQUALYX® triggers in the fat cells.
Your aesthetic practitioner will explain this fully and also discuss any further concerns based on your medical history in the consultation prior to treatment.

How long is recovery time?
Whilst downtime is minimal, it can take several days to a few weeks for the swelling to subside. You may also bruise which can take up to two weeks to fade. Physical exercise should be avoided for about 4 to 5 days.

Are the results permanent?
Science tells us that once destroyed, those fat cells will not return or be redeveloped. However, it is important to adhere to sensible lifestyle advice i.e. healthy diet and regular exercise. This is so that remaining fat cells do not increase in size.

Who is AQUALYX® not suitable for?
AQUALYX® is not a suitable treatment during pregnancy or breastfeeding. It is also inappropriate for patients with diabetes, allergies against any of the product’s components, medical history including anaphylactic reactions and/or severe allergies, autoimmune diseases, acute or chronic skin diseases in the affected area, other severe organic diseases and liver/kidney disease. The majority of patients from 18-60 years old are found to be suitable for treatment. Your suitability for treatment will be assessed during your free consultation.

What do I need to do to prepare for treatment?
As with any cosmetic procedure you’ll need to have a thorough consultation to decide if this treatment is right for you. Please refrain from taking all blood thinning medications and supplements for at least 2 weeks prior to receiving treatment. If you take a prescription blood thinner, please consult with your physician before discontinuing it. Over the counter blood thinners of most concern include:

– Anything containing ibuprofen or aspirin.
To minimize bleeding, potential bruising, and discomfort, please refrain from using caffeine, alcohol and exercising before your treatment.

A course of two to six treatments might be required to reach desired results. These need to be spaced four to six weeks apart.

Prices are based on areas, and one area is about the size of your hand. Prices are per session.